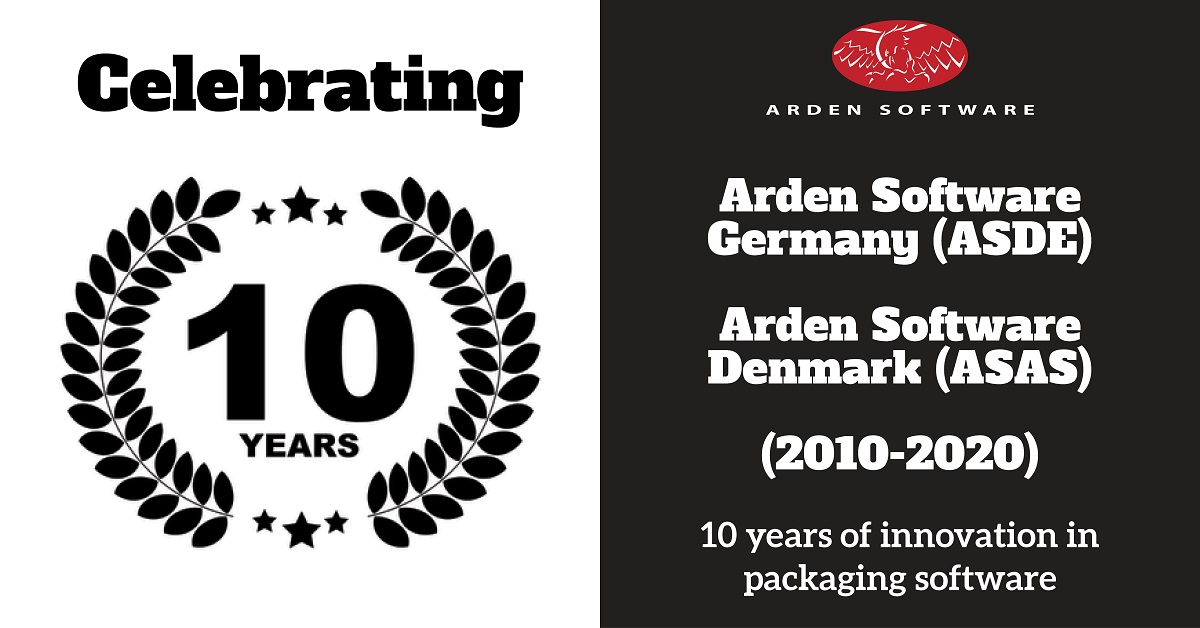 Arden Software is celebrating the 10-year anniversary of our German and Nordic operations.

Arden Software GmbH (ASDE) and Arden Software AS, which covers the Nordic and Baltic regions, are marking a decade in business after both being formed in October 2010.

Both divisions were launched in response to growing demand in Europe for our packaging design CAD software Impact.

At the time, we already had offices in Greater Manchester and America, as well as official resellers across Europe, but as demand for packaging software continued to grow, we saw an opportunity to expand our global operations and set up dedicated overseas offices in Germany and Denmark.

Frank Haustein is Managing Director of Arden’s German division based in Stuttgart and had been working as an official Impact reseller before launching the new office in 2010.

He said: “During the past 10 years we’ve experienced substantial growth as we’ve secured some major customers and contracts and cemented our position as a leading software supplier with a reputation for innovative products and solutions and unrivalled customer service.

“When we launched in 2010 we had just two people – we’ve now trebled our workforce and will very soon be moving into our brand new German headquarters and European Training Centre, which will enable us to continue to expand and develop the business, as well as provide bespoke training with first-class facilities for our customers and partners.”

Stefan Andersson heads up Arden’s Nordic and Baltic operations and had also been working as an official Impact reseller before joining forces with Arden and setting up the new overseas office in Fredericia, Denmark.

He added: “Following the success of Arden’s first overseas office in the US, the German and Nordic offices were born. This was very welcome news in the Nordic region, which was one of our fastest growing markets.

“Over the past 10 years, we have continued to expand our operations into the Baltic regions and Russia, almost doubling our turnover and establishing the Arden brand across the region with a spread of customers in the die-making, corrugated, display and folding carton areas for both convertors and brand owners.”

We specialise in CAD and CAM software for the packaging industry and now have five international offices including the UK, America, Germany, Denmark and India.

We employ more than 60 people around the world and earlier this year completed the acquisition of leading American software supplier Cimex Corporation.

Martin Poynter, Managing Director for the Arden Group, added: “The past decade has been one of rapid expansion for Arden Software. We’ve opened three overseas offices, created new jobs and opportunities, acquired leading software supplier Cimex, and next year we’ll be launching our brand-new European Training Centre in Germany.

“We’ve successfully positioned ourselves as a global player in the packaging sector; and with some major developments and projects in the pipeline, we look forward to further growth over the next decade and beyond.”