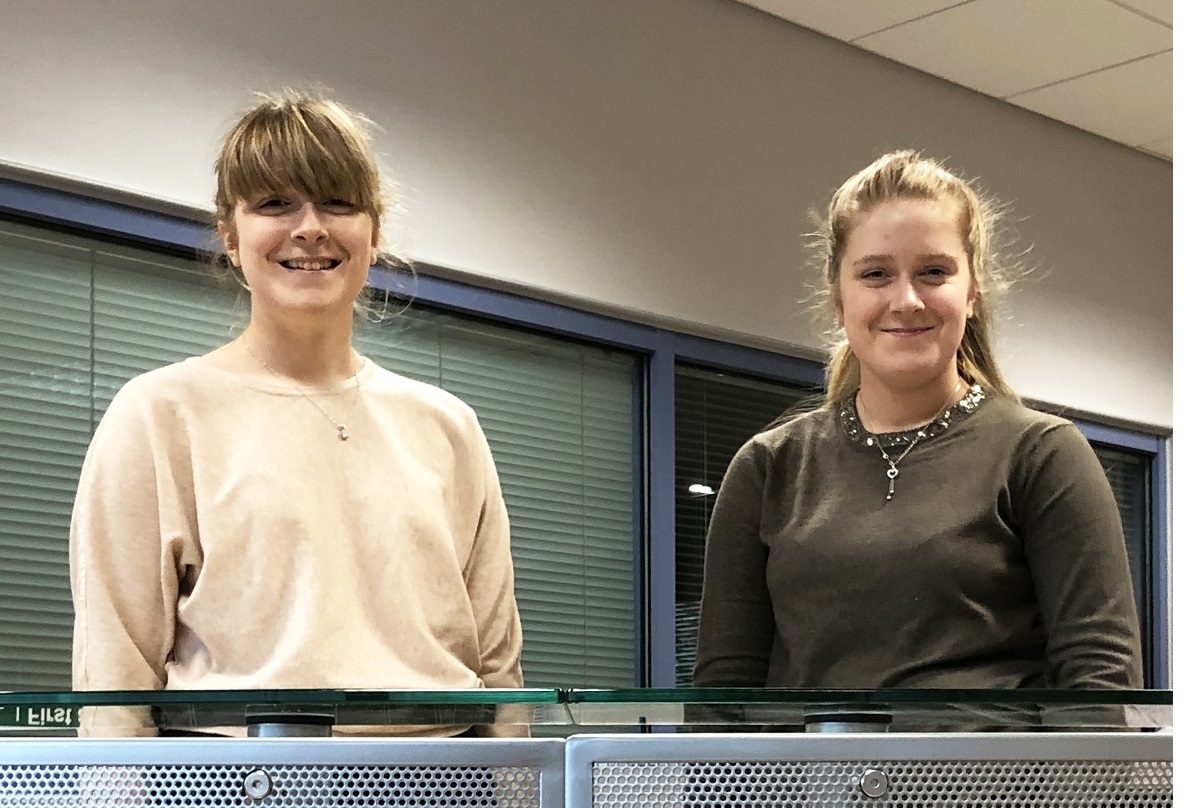 Twin sisters have proved two heads are better than one after both securing an apprenticeship with Arden.

Bethany and Lucy Williams, from Marple Bridge, Stockport, went head to head to apply for a single apprenticeship position at our company headquarters in Marple.

But the 17-year-olds both proved to be the perfect match for the office administrator apprentice role and have both been taken on.

The girls said: “We had been looking for an apprenticeship, but we’ve tried not to apply for the same things, then we saw this role and because it’s based so close to where we live, we thought we’d both apply in the hope that one of us would get it.

“Growing up, we have had to go in competition with each other before, but we usually just play ‘rock, paper, scissors’, to decide who should do something, but we obviously didn’t want to do that for a job.

“If just one of us had got the job, we would have been pleased for the other one, but probably a little bit gutted too, so when we found out we’d both got it, we were just so happy that we could work together.”

The sisters are not identical, but do look remarkably alike and admit they have very similar personalities.

Bethany said: “We’re used to answering to each other’s names now. The only way people can tell us apart is because I have a fringe. We are similar and do like the same things – we have the same tastes in clothes, hobbies and music.

“We’re very close and have never really spent any time apart. Most people assume we are identical and when we were younger we did used to pretend to be the other one sometimes.”

Bosses at The Arden Group, which comprises of Arden Software, Arden Dies and Arden Engraving, had to do a double-take when both girls applied for the role.

Arden Managing Director Martin Poynter said: “Originally, we only had one apprenticeship position to fill, but both girls really impressed us during the interview and we couldn’t possibly decide between them.

“We didn’t have to think twice – we have a really successful apprenticeship programme here at Arden, so we created an extra role within the business and offered both girls the job.

“They may cause us some confusion around the office, but we’re really glad to be able to provide two local girls with the opportunity to get a head start on their career.”

And the girls, who both list baking and tennis amongst their hobbies, say doubling up on their career paths is proving beneficial in the workplace.

Lucy, who is the ‘older’ twin by 20 minutes, added: “This is our first ‘proper’ job and we would have been more nervous if we’d started by ourselves, but now we have each other for support. We can swap notes and help each other out – if one of us doesn’t understand something at first, we can ask the other one.

“Neither of us really knows what we want to do in the future, but we’re really enjoying the apprenticeship and it’s a great way to learn new skills, find out what we enjoy and what we’re good at, and get paid for it too.”

The twins started their 18-month apprenticeship position in October, combining on-the-job training with classroom-based learning and are working towards a Level Two Diploma in Business Administration.

The girls will work across the organisation including in our software, engraving and die-making divisions.